“I want the latest decking boards, installed in half the time and look better than any other decking out there”

The rest of the board laughed, one even said “it doesn’t exist, so why don’t we stick to the same cheap stuff we are used too”? 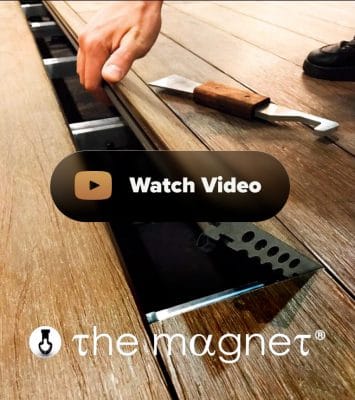 I said “ I can do that… no problem” I then introduced the Exterpark Tech Magnet system, a patented system in composite and hardwood decking.

Exterpark was revolutionised in the 90’s with the invisible stainless clipping system. This has now been superseded and overtaken with this new Magnet system. The simplicity of having a pedestal, aluminium joist and the Magnet decking is a solution for very low elevation rooftop decking situations.

The boards as well as the joists are 2.2 metres in length and with the clips super quick to fix onto the decking boards make for a rapid installation. We commonly use about half the labour compared to a normal decking system. To main contractors on multiple balconies and roof terraces where time is short and money matters, Exterpark Magnet is a sure winner.

It is used all over the world and in some countries, is the go-to decking product favored by contractors and developers. When speaking to Jenny from JEC Corporation “It saves so much time so who wouldn’t and it looks great, what else can I say”…

What kind of testing has it had?

It has been thoroughly tested and is CE marked. During the wind suction testing it surpassed the 250km/h. We asked for the test to be at the test machine maximum which was 315km/h. Again, nothing moved and the system was signed off.

The system can also be retro fit to existing joists systems. This is because we have a low elevation rail system which is a slender 17mm. It sits right on top of existing joists to enable the contractor to use the speedy fit Magnet system 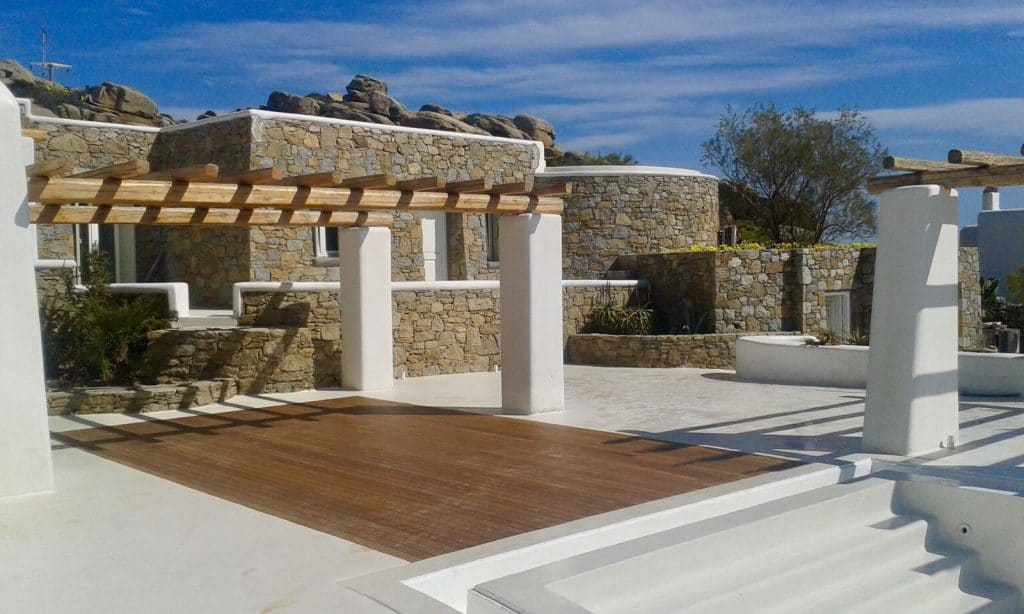 The decking project image demonstrates the efficient use of the aluminium substructure and the exact nature of the installation.

Karl Harrison, presenter and speaker of all things decking said:

“I thought this was just another faddy system. However, when I went to the Exterpark Headquarters in Barcelona I couldn’t believe it. They took me to see a live Ipe Magnet installation on the Roof terrace of the Hotel Grand Central. To say I was amazed is an understatement. This system is certainly soon to be the go to decking system on specification”